One of the best things about playing board games is the time spent hanging out with your fellow human beings, bonding over your shared experience at the tabletop. Inspired by Brandon Stanton’s Humans of New York, I present Humans of the Tabletop, an ongoing series about some of the people I’ve played games with.

This initial series is from Gamex 2017, the second of three conventions hosted by Strategicon every year in Los Angeles. My heartfelt thanks to these first participants, all of whom I’m fortunate to call my friends. 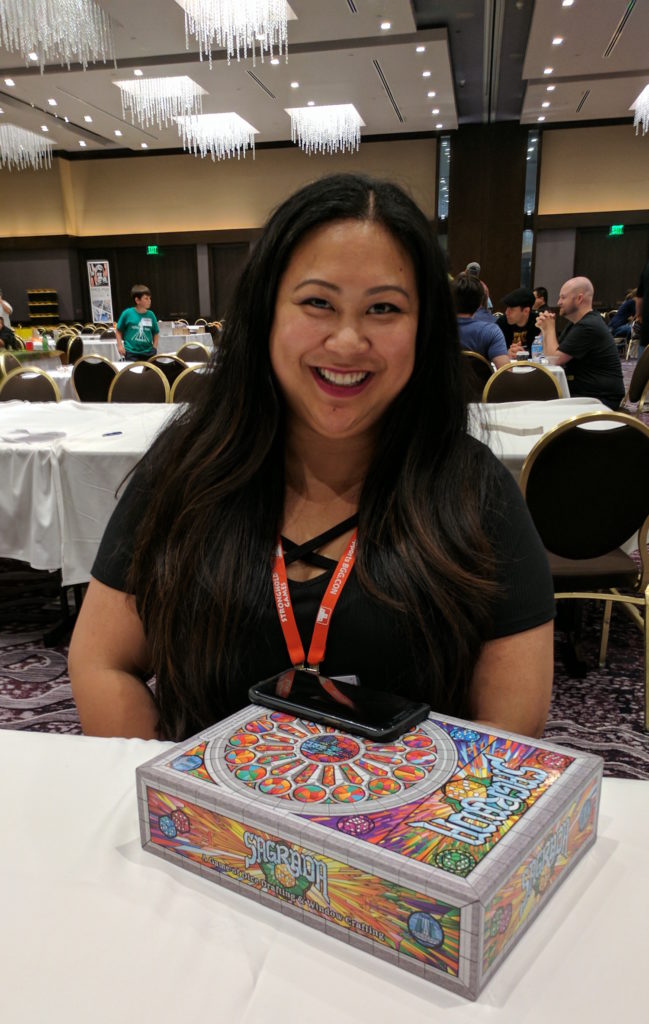 “I’ve been playing the COIN (COunter INsurgencies) games series from GMT. The last one I played was A Distant Plain, based on the Afghanistan War. They’re long games and they’re fun, plotting out how to build up your troops and how to attack people. I think I’m one of the few Filipino gamers in Phoenix, so it’s always exciting to meet someone that understands your cultural heritage, your big family, your similar background. I play a lot of war games so I’m usually the only woman in the room. I feel like L.A. is a much more diverse crowd. It’s cool to see women gamers and gamers of color all around here.” 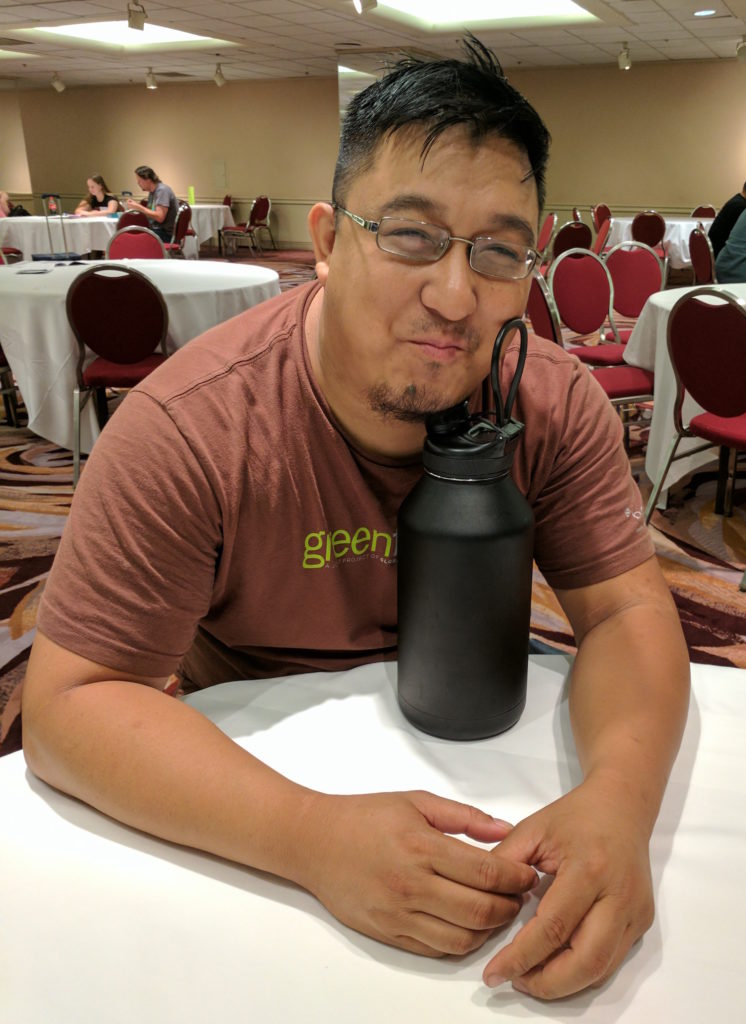 “At my first Strategicon I volunteered during the first day. After I finished, I walked around to see what was being offered in each room. The next thing I know, I’m playing one game after another. It felt like Vegas, where there’s no windows and you can’t tell what time it is. Then I experienced my first game of Werewolf at a convention. Man, I did not know what I was getting into. There were about 30 people and there were 3-4 games going on at one time. Ten in the morning rolled around and I ran into some buddies. I joined them and played more games until about 10 at night. The last game I played I was falling asleep at the table, but I finished it.” 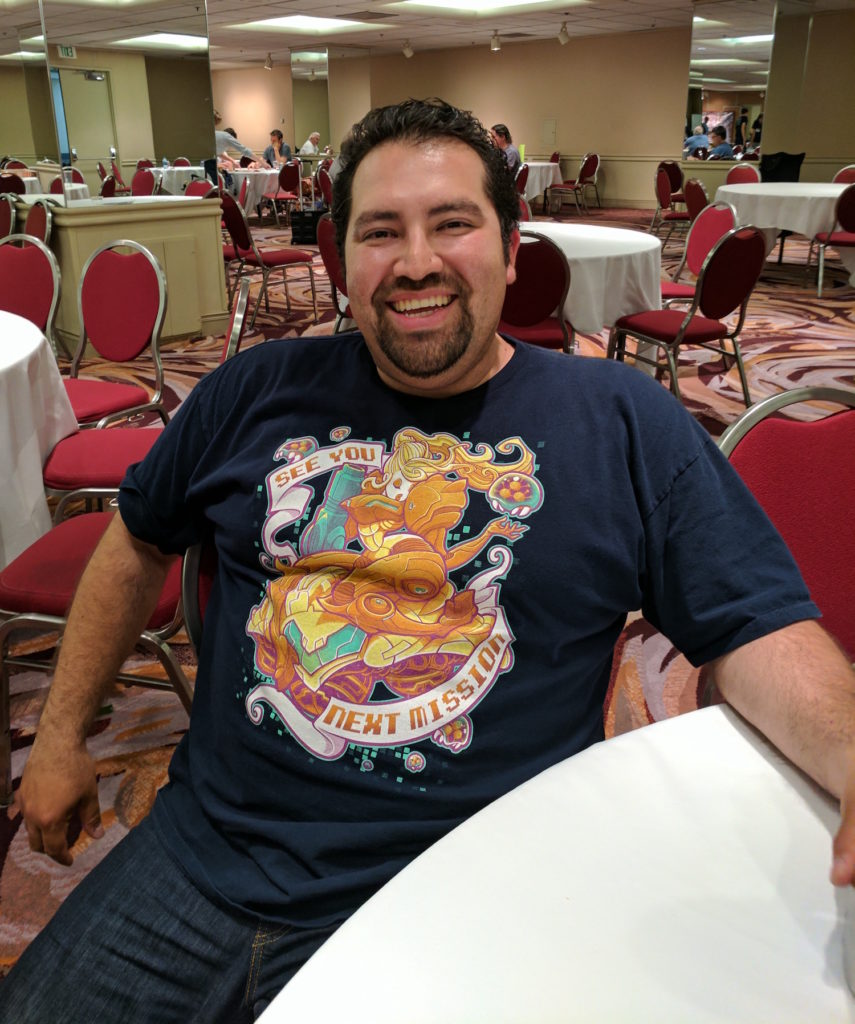 “Outside of gaming, I train for half marathons. I do the Avengers Infinity Gauntlet Challenge, where you run a 10K on Saturday and a half marathon on Sunday. That’s 19.3 miles in two days and I’ve been doing it because I saw that shiny Infinity Gauntlet medal. Each medal has a different gemstone from the Marvel Universe. So I’m stuck running this half marathon for six years straight and after that I’m done. I’m going to lift weights the rest of my life.” 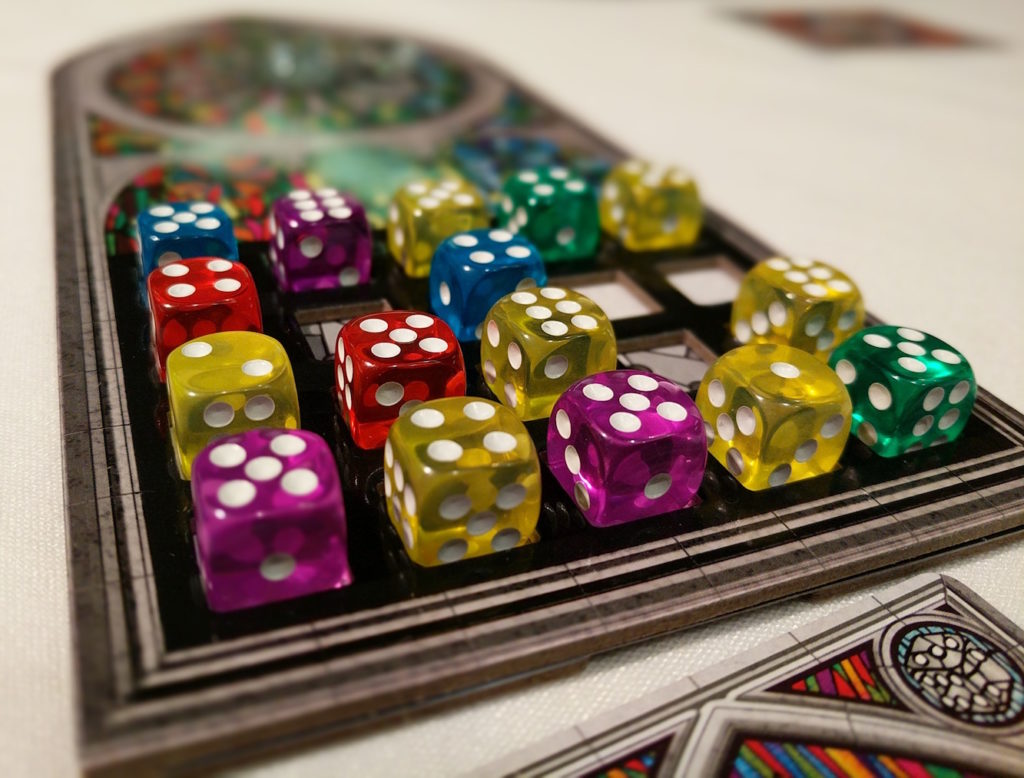 I had a busy weekend that included a graduation party, Star Wars Reads Day, and quality time with our daughter before she begins her final three weeks of college (!), which meant that my time at Gamex was limited.

Thankfully, for the few hours I was there I was able to buy, sell, and play a few games. It was great seeing two of my regular gaming buddies, Oscar and PK, as well as my friend Meeple Lady. We’d originally planned on playing Agricola (still on my Shelf of Shame), but I was feeling the effects of a long day and asked to play Sagrada instead.

There’s been a lot of hype about Sagrada and after my first play I’d say it’s well-deserved. A simple yet thinky puzzle game of dice allocation, there’s a lot to like here, from the nice-looking components to the elegant play. It’s a game that will satisfy both gamers and non-gamers.

Players are trying to build their stained glass windows through the use of colored dice. Dice are randomly pulled out of a bag and rolled, then each player takes one for their window.

(Before I continue, a word to my fellow colorblind gamers: although I did okay with Sagrada, you should try it out before buying; colors are used throughout the game and there are no unique icons for each color to make things easier. I had trouble differentiating between blue and purple. From what I read, Floodgate Games did try to do something about this, but the budget couldn’t accommodate those with colorblindness. It’s a real shame that the game’s accessibility couldn’t be improved. Perhaps in a later printing? One can only hope.)

Back to the game: there are rules of adjacency for each die, so players can’t just put them wherever they want. Additionally, there are secret goals for each player; for example, mine was the total number of pips on the yellow dice on my window so I was trying to snag those yellow dice every chance I could. There are also public goals that I basically forgot about for the first half of the game. These included pairs of certain dice and same-colored dice diagonally.

Finally, there are special game-breaker community cards that a player can pay for to help them complete their window. After all of the dice are placed, the next round begins. A game consists of 10 rounds and at the end each player counts up their points and subtracts one point for every empty spot.

I really enjoyed this game, in spite of the colorblind issues. I love chucking dice and trying to figure out puzzles, so this was a natural fit. It reminded me of The Cubist, a similar dice-chucking puzzle game, which I liked, but Sagrada felt like it had a bit more meat on its bones. 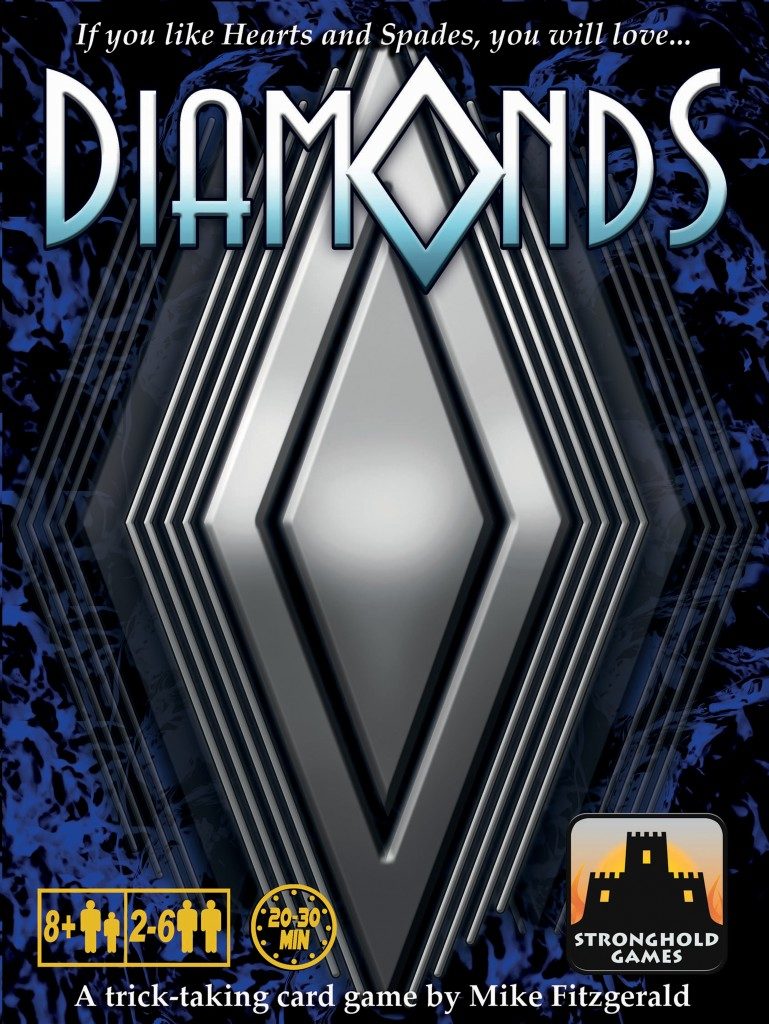 I can’t believe my Blog Every Day in August Challenge is nearly over. This month has gone by FAST.

I’ve had a lot of fun writing about board games for the last 29 days. Of course, it’s not as fun as actually playing games themselves, but it’s given me a chance to connect with other gamers on Twitter. Thanks to all of you who have tweeted at me and re-tweeted me.

Today I’m writing about a game I’ve never played and don’t own, but that will change this Saturday.

This weekend is the third Strategicon event of the year, Gateway. Strategicon hosts three gaming conventions in Los Angeles each year on a three-day weekend (Orccon on President’s Day, Gamex on Memorial Day, and Gateway on Labor Day). One day I’d love to do an entire weekend, but for now I can only manage a day or two at each, which is fine by me.

As the saying goes, some gaming is better than no gaming at all (Is this an actual saying? If not, it should be).

Yesterday I shared my love of finding a good deal and every Strategicon has a flea market and math trade that are chock full of board game bargains. This Saturday I’m picking up a few games at Gateway via the flea market and one of them is Diamonds.

I’d never heard of Diamonds before, but I’m familiar with classic trick-taking games Hearts and Spades. While trick-taking games might not be my favorites, I’ve always wanted to add one to my collection (I liked Nyet!) and at a bargain price I couldn’t resist.

In Diamonds, each player is dealt 10 cards (or more, depending on player count). The cards are in the familiar four suits (diamonds, spades, hearts, and clubs) and instead of 13, there are 15 of each suit. Each player also receives a screen to represent their vault and three diamonds crystals (actual pieces, not cards) placed in front of their vault, aka their showroom. As the game progresses, they will be able to move diamond crystals behind the screen/into their vault.

To begin play, the first player plays a card face up to the middle. This is the current trick. The next player, if possible, must play a card of the same suit. All of the players do this and the player with the highest number in the current trick’s suit wins the trick. They take the cards played and place them in front of them.

Also, after a player has won a trick, they get to take a suit action. For example, if I led with the 15 of hearts (the highest rank of any suit), I would then take a diamond crystal from the general supply and place it in my showroom.

Play continues in these tricks, with the winner getting a suit action, as well as anyone breaking suit receiving a suit action. When players are out of cards, the round is over. The player who has won the most cards in each suit receives the corresponding suit action. If a player has taken no tricks, then they get to do the diamond suit action twice.

I love how the diamond crystals and the vault screen are integrated into play, with the theme being perfect for the game. Normally I wouldn’t be this fired up about a new take on a classic card game, but Diamonds takes well-known mechanisms and injects life into them with a few nifty actions. I can’t wait to play it.