This is Day 3 of my Game-and-Blog-Every-Day-in-November Challenge. Search my blog for “Daily Game Challenge” for previous entries. 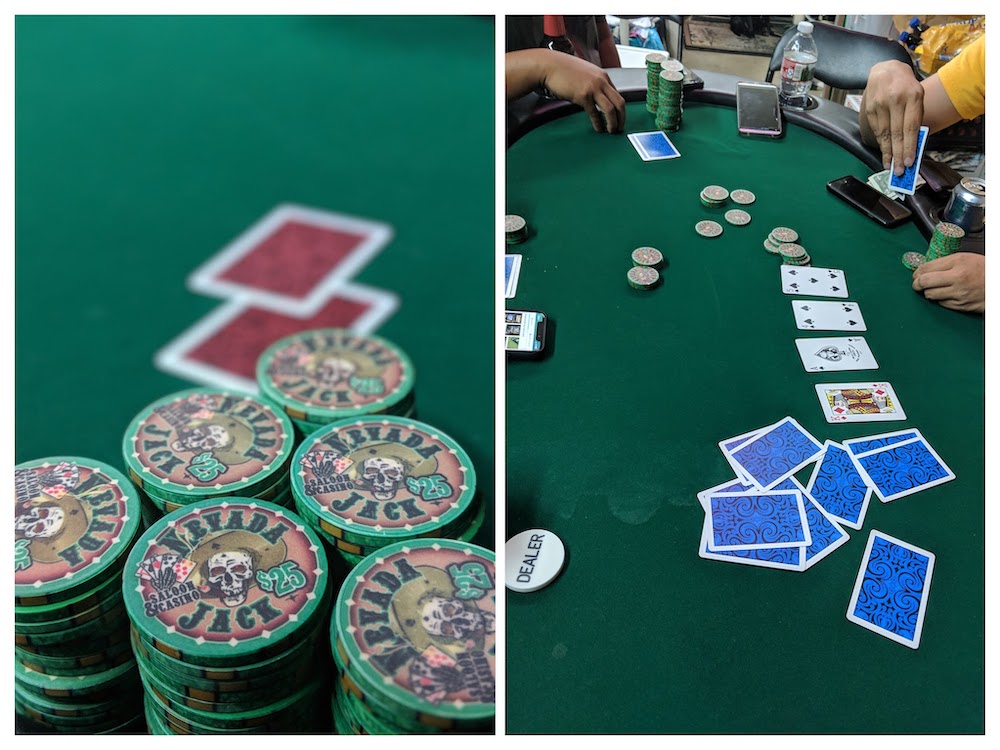 No board games today; instead, I went back to my roots and played a few hours of no-limit hold em poker.

Today was our annual fantasy basketball draft, which meant a day of drafting our fantasy teams, eating way too much, having a few drinks, watching the UFC fights, and playing some poker.

Years ago this was my idea of game night: poker played until the wee hours of the morning, with lots of laughs, bluffs, and action on the felt. I’ve had a few regular poker games fizzle out due to life happening: work, marriages, children, etc., so it was nice to get some of my old buddies together for a game.

In the words of Ice Cube, today was a good day. 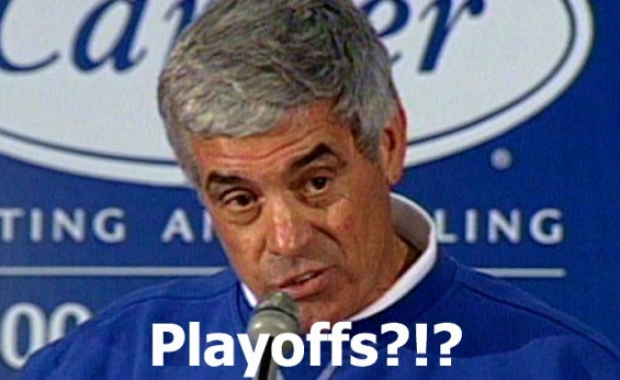 At the start of this fantasy football season if you would’ve asked me about my teams playing in the postseason, I would’ve gone full Jim Mora on you, as shown above.

One of my teams suffered from Andrew Luck having the worst season of his career. My other team kept running into teams scoring their highest scores of the season. Bids on emerging studs like Matt Jones turned out to be for naught.

I kept my cool, though. No panic trades or knee-jerk add/drops. I’ve been playing long enough to know that the fantasy season is a marathon, not a sprint.

It didn’t hurt to catch a few breaks, either, from Carson Palmer being rejuvenated to Rob Gronkowski not suffering a season-ending injury.

I’ll need two more weeks of good luck to capture the championship, though. But at least I’ve got a shot, which is more than I thought I would have a few months ago. 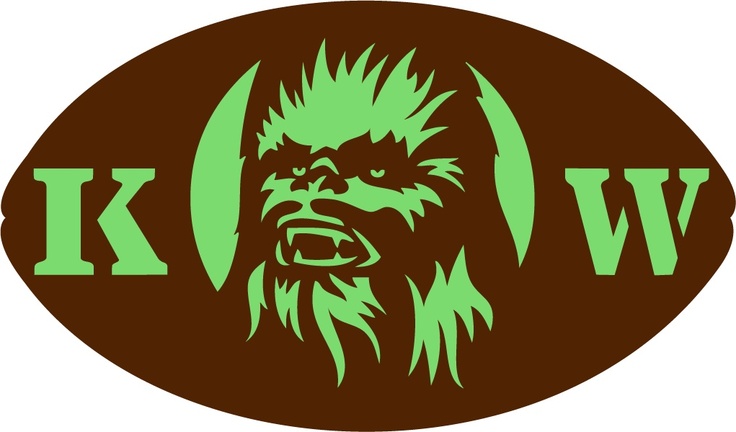 Both of my fantasy football teams are in contention for the playoffs in two weeks, so I spent today sweating out the action. I normally don’t do this on Sundays; I usually watch the Raiders game and occasionally check my fantasy stats along the way.

Today was different, though.

In my main league my Kashyyyk Wookies came back from the cellar to lead my division, but there’s been a lot of luck involved. I’ve played some low-scoring teams and my main guys never seem to be on the same page. I’ve had to deal with the Andrew Luck situation and now my brilliant drafting of Todd Gurley looks to be for naught as defenses stack the box to slow him down.

In my secondary league my Tusken Raiders have managed to crawl back into the playoff hunt after suffering a few early season bad beats. Of course, once I started rolling, Gronk went down. Luckily, I was able to snag Chandler off the waiver wire (another reason why I HATE non-auction leagues now; free agent pickups shouldn’t be such a luck fest).

I wrapped up my secondary league game as Mark Ingram scored for the Saints, but that meant my main team was facing an even bigger deficit. Oh, the joys of rooting for/against the same player.

So it looks like I’m in good shape entering next week’s final regular-season game, but you never know. I haven’t tried to figure out all of the tiebreaker situations yet and I don’t plan on doing so. I’m treating next week just like this week: it’s a must win game for my imaginary team of players.

And on the basketball side of things, my Warriors-esque type start (five straight wins to open the season) looks to be finished tonight. It was bound to happen, but it sure didn’t help having Okafor suspended for two games due to his off-court behavior. 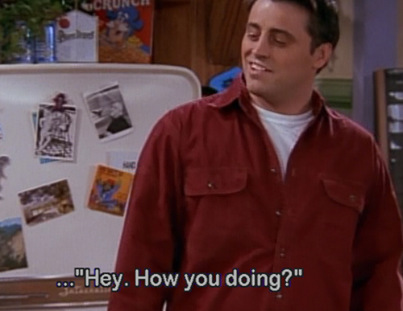 Matt LeBlanc has barely been outscored by Matt Jones.

Somehow my fantasy football team in my “A” league is in the playoff hunt. I started 0-3 while the division leader opened the season 6-0. I spent most of my auction money on Andrew “2015 Rick Mirer” Luck. I patted myself on the back nearly using all of my free agent money in a perfect auction bid ($2 more than the next guy) on Matt Jones, only to find out that I could’ve gotten similar fantasy production from Matt LeBlanc.

I somehow survived Andy Dalton against Houston last night, when I was already putting an L next to my team. Had I finally turned the corner on this season? Were the Fantasy Football Gods repaying me for the suffering I’ve had to endure this year?

As soon as I learned that Julian Edelman was injured, I knew they weren’t done with me. But I’ll enjoy this while it lasts. 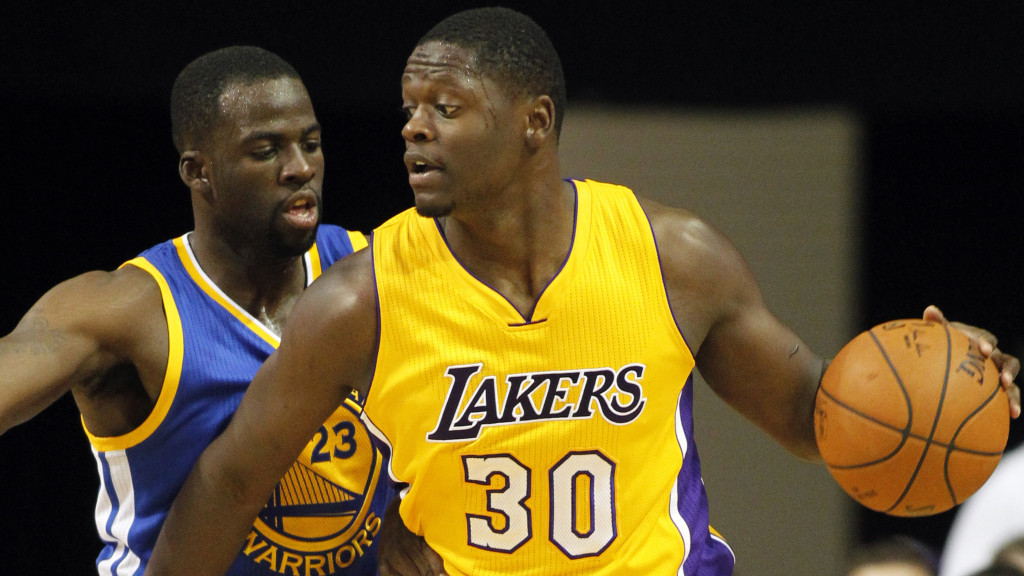 Random thoughts on a fun weekend:

I can’t believe it’s October and I’m only now posting about my first fantasy football win. Technically, I did win during Week 1 of the season, but that was in my second league. My main league — the one I’ve been in for 16 years — will always be my “A” league and it’s the toughest one I’m in. I’m a two-time champion and narrowly missed my third championship last year.

Last week’s Monday night one-point loss put me at 0-3. Not only has Andrew Luck transformed into Rick Mirer, but three of my players were either Out or Doubtful. Ugh.

Somehow, I managed to win my matchup this week. I’m still in the cellar of my division, but hopefully Luck will find his magic touch again and my roster will get healthy. My patience with Todd Gurley appears to have paid off … although I’m feeling a little silly for paying $34 of my $100 free agent dollars on Matt Jones, even though it was a great bid at the time.

I’d like to think this is the turning point of my season, but we’ll see. I’ve seen too many weird things happen over the years and one of them happened in August: one of our owners had $50 left over after our auction draft and we all gave him grief, joking about how that money wasn’t going to be carried over to next season. Afterwards, he conceded having a bad draft. It was understandable since he’d come straight from work that night to draft his team.

Of course, since he’s the only undefeated team in the league, I’ll be adopting his save-money approach next year. 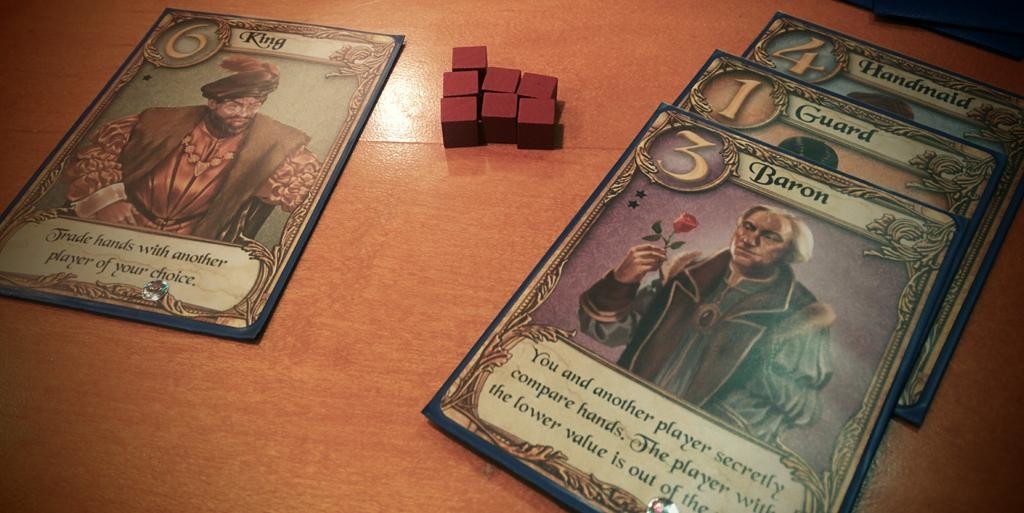 Four random thoughts on this Friday. 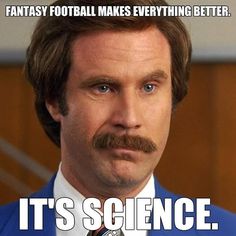 My favorite holiday of the year (my fantasy football league’s annual draft) is this weekend. Like the other owners in the league, I’m excited and definitely not studying as much as I should. I know Jordy Nelson’s done for the year and Aaron Hernandez is still locked up, but beyond that, I couldn’t tell you what players I’ll be targeting for my team.

I’ll print out a cheat sheet tomorrow and check the NFL’s injury list before our draft begins. It’s what I’ve done for years now and I’ve had some success; last year I dominated the league before falling in the championship game.

Of course, fantasy football stories are about as exciting as bad-beat poker stories or the one-that-got-away fishing tales, so I’ll spare the details of my almost-championship.

The one thing I think about every year is how the league has evolved. Actually, the players more so than the league. We’ve pretty much kept the same scoring system, roster positions, and rules the entire time. There’s a core group of us that includes my brothers and close friends who have been doing this for 16 years.

It’s cool to see how each guy has changed over time. There have been weddings, divorces, babies, and other real-life happenings and it’s nice to know we can always meet up once a year to talk trash about each other’s teams. We’re all basically the same guys we were back in 1999, but I’d like to think we’re all older and wiser.

My fantasy sports geekdom was born in the early ’90s when I started a rotisserie fantasy basketball league. Each week I bought the Wednesday edition of USA Today for its comprehensive NBA statistics. I calculated stats and typed up reports on my PC clone, then printed the results out on my dot-matrix printer. The amount of work was staggering.

Not surprisingly, that league lasted exactly one season (won by my youngest brother who made the no-brainer decision to draft Michael Jordan).

Even though I could’ve been permanently scarred by the fantasy-stats-by-hand experience, I wasn’t. If anything, it fueled my passion for the game during a time when information and advice was hard to come by.

Throughout the years, I’ve managed to play almost every fantasy sport out there: football, basketball, baseball, hockey, golf, NASCAR, soccer … and, for one hilarious season, the XFL.

I joined multiple leagues in multiple sports for years before the inevitable burnout. About five years ago I began scaling back my fantasy sports play: one league per sport only. This year I didn’t get around to playing fantasy baseball and surprisingly I didn’t miss it at all.

But when a buddy of mine had an open spot in his auction draft keeper league, I didn’t hesitate. I’m looking forward to being in two leagues again, especially since I got to try out my new Star Wars themed team name, as shown above.